Shania Twain had to apologize for saying would have voted for Trump, and the Brits slapped Count Dankula with a fine for filming his girlfriend’s dog doing a Nazi salute.

It was a shitty few days for free speech. Country star Twain got bullied into recanting and apologizing for saying something that half the country agreed with. No wonder they call them the silent majority — Trump voters can’t get a word in edgewise…unless it’s election day that is. 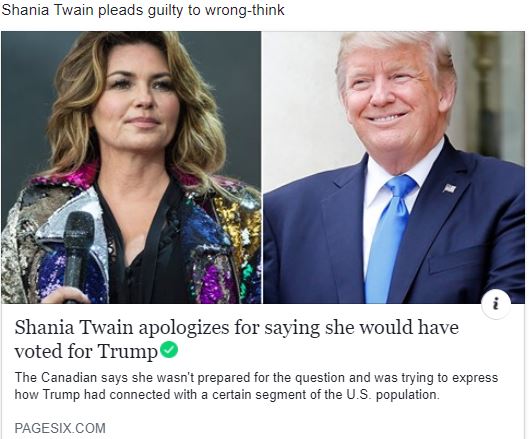 The Brits took a whack at free speech — Bloody wankers, how dare they! Jests and japes aside, it’s disconcerting that a “liberal” western government would punish someone over a joke video posted on the internet, but that’s exactly what happened. Count Dankula was fined for hate speech — idiots cheered, while the level-headed among us asked ‘who gets to determine what counts as hate speech?’ The British courts apparently. I call shenanigans. 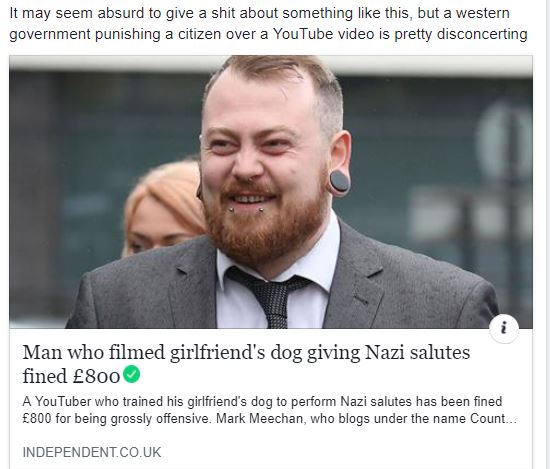 We’re looking at that and more from the world of online outrage in this edition of Sacktap Live.